The National Democratic Congress (NDC) has alleged the Ghana Police Service has suddenly become the puppet of the ruling New Patriotic Party (NPP) resulting in arrests of its officials.

The NDC’s comment follows the arrest of Maj.(Rtd) Boakye-Djan after making some unsavoury comments on radio. The Criminal Investigations Department (CID) has charged him with offensive conduct.

Reacting to the arrest, the NDC said in a statement that: “We are concerned that the Akufo-Addo government has turned the Ghana Police Service into an NPP Police Service that they control like their puppet. This is a very dangerous development of politicizing an important state institution like the Police Service.”

Read below the NDC’s statement 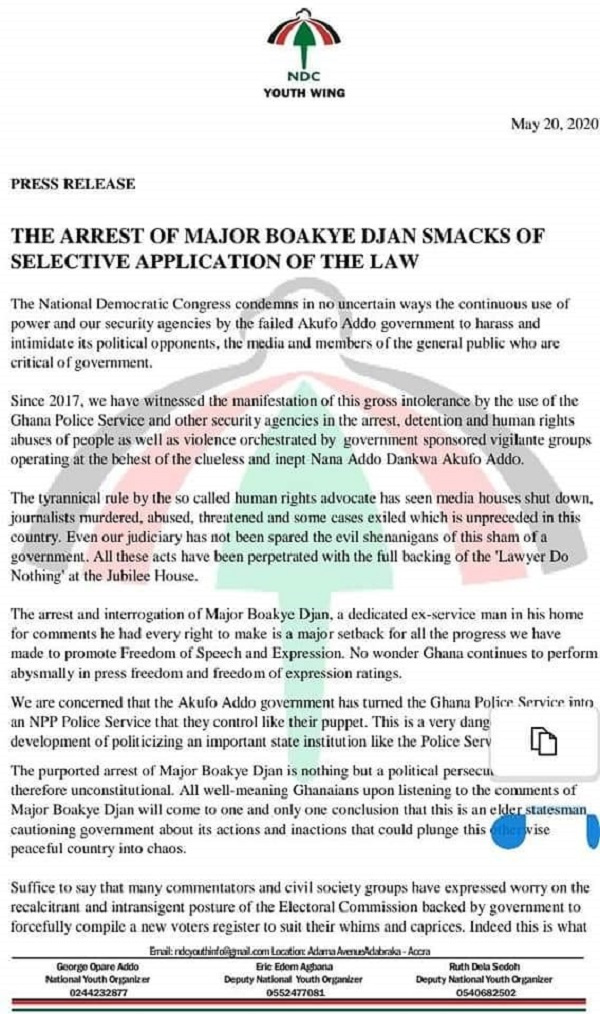 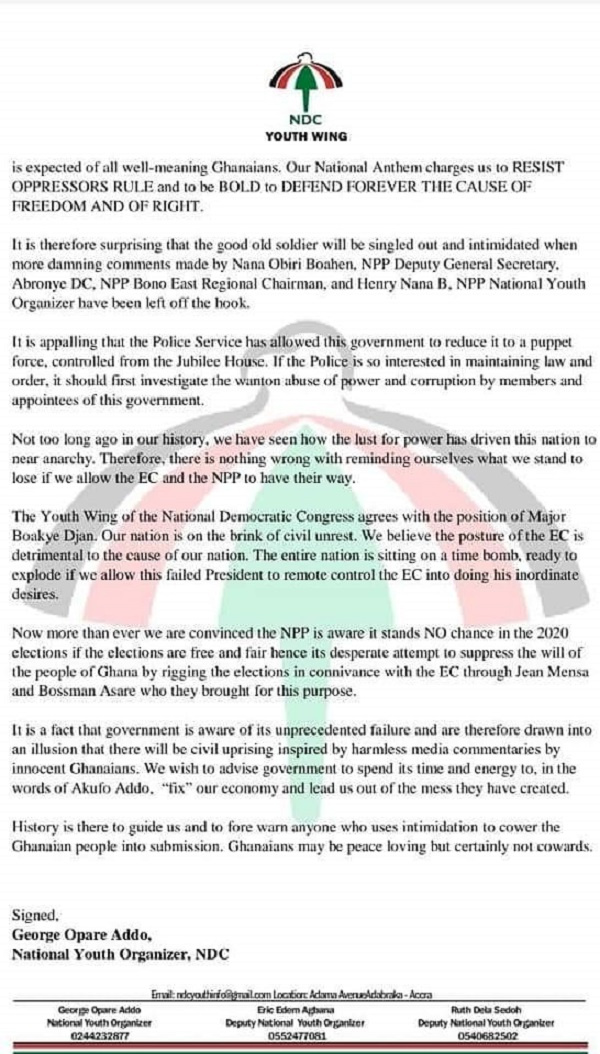